Sightseeing & detours on the path of enlightenment

Archive for the tag “Monk”

It all depends on your point of view!

I had a friend who by the time we finished high school, had what we would have called a friar’s hair line. The type of baldness that was typically portrayed on English Friar’s and monks in the movies. Back in the 70s baldness wasn’t seen in the same light it is today. He was teased, and quite often offered a lollipop with the saying “Who love’s you baby” from the television show Kojack.

Then one day he was given a t-shirt with a slogan that he has had reprinted several times.

God only made a few perfect heads.

On the rest he put hair!

Buddhist monks shave their hair as explained in the following from Buddhanet.net:

Q: Why do monks shave their heads?

A: When the prince who was to become the Buddha left his palace to seek a way beyond ageing, sickness and death, it is said that one of the first things that he did was to shave off his hair and beard and put on the yellow cloth . Buddhist monks always completely shave their head and beard, showing their commitment to the Holy Life (Brahmacariya) of one gone forth into the homeless life. (In India some ascetics tear out their hair, while others never touch it so that it becomes a tangled mass.) A rule states that a bhikkhu should not allow his hair to grow beyond a certain length or time, so he will shave usually at least once a fortnight or month, sometimes more frequently. To do this he uses his razor, which is also one of his requisites. ‘Hair-of-the-head’ (kesa) is one of the five parts of the body mentioned in the ordination ceremony and is used to recollect the true nature of the body. The bhikkhu is also not allowed to dye or pluck out any grey hairs,for they are useful reminders of old-age and impermanence. (Just consider how much time and money is wasted by people trying to make their hair remain beautiful and young-looking.) source: Buddanet.net FAQs

So when your worried about going gray, bald or hiding your blemishes, perhaps learning to accept yourself as you are, and as you are becoming, would benefit you more than all the beauty products in the world. Cosmetics only hide, they don’t make a permanent change.

For a ladies perspective check out Naomi Baltuck’s blog.

“An Offer I Couldn’t Refuse.”

The topic is “An Offer I Couldn’t Refuse” you have 10 minutes.

If someone came up to me with an offer to pay my expenses as I spent a year at a teaching English at a Buddhist Temple or Wat overseas in Asia, I would be winding up my daily life here. Now I’m not talking living a Vancouver lifestyle in a foreign country, as that’s not the point. Rather a comfortable , safe place to live, good local food, transportation costs, and a little to do some sight seeing while there. I  would be able to offer classes to the Monks, as well as locals, concentrating on their ability to have a basic conversation in English.

I would gain through the cultural exchange by learning their culture, food and lifestyle. Making new friends, and learning to further reduce my attachment to physical objects. While there other than clothing, rent, food, transportation costs, I would also be able to donate a portion of my salary to the Temple or Wat, as well as my providing the English lessons. Communication costs of a cell phone and internet access, as I would also do a blog about the experience, after all I know many of you would enjoy reading about a Western Buddhist in a small village or city in Asia. The struggles of learning enough of their language to be able to function. If asked either Thailand or southern parts of China, as I have a little of both languages. Plus I love Thai food or Schezuan style Chinese food, for the spice, Shanghai style for the freshness.

Final minute, it’s always nice to have a what if dream, now you know mine.

How do we advocate our beliefs? 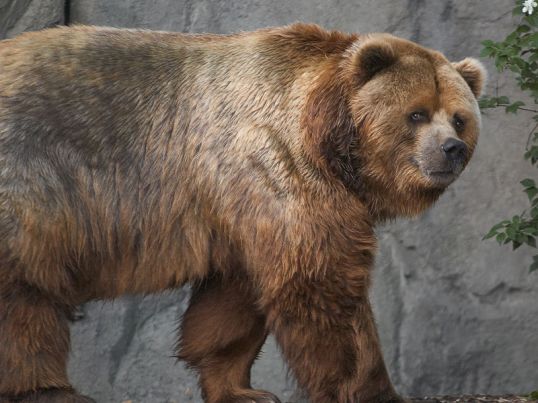 A Catholic priest, a Southern Baptist preacher, and a Jewish rabbi all served as chaplains to the students of Northern Michigan University in Marquette .

They would get together two or three times a week for coffee and to talk shop.

One day, someone made the comment that preaching to people isn’t really all that hard. A real challenge would be to preach to a bear. One thing led to another, and they decided to do an experiment. They would all go out into the woods, find a bear, preach to it, and attempt to convert it.

Seven days later, they all came together to discuss their experiences.

Father Flannery, who had his arm in a sling, was on crutches, and had various bandages on his body and limbs, went first. “Well,” he said, “I went into the woods to find me a bear. And when I found him, I began to read to him from the Catechism. Well, that bear wanted nothing to do with me and began to slap me around. So I quickly grabbed my holy water, sprinkled him and, Holy Mary, Mother of God, he became as gentle as lamb. The bishop is coming out next week to give him first communion and confirmation.”

Reverend Billy Bob spoke next. He was in a wheelchair, had one arm and both legs in casts, and had an IV drip. In his best fire-and-brimstone oratory, he claimed, “WELL, brothers, you KNOW that we don’t sprinkle! I went out and I FOUND me a bear.

And then I began to read to my bear from God’s HOLY WORD! But that bear wanted nothing to do with me. So I took HOLD of him and we began to wrestle. We wrestled down one hill, UP another and DOWN another until we came to a creek. So I quickly DUNKED him and BAPTIZED his hairy soul. And just like you said, he became as gentle as a lamb. We spent the rest of the day praising Jesus.”

The priest and the reverend both looked down at the rabbi, who was lying in a hospital bed. He was in a body cast and traction with IVs and monitors running in and out of him. He was in really bad shape.

The Rabbi looked up and said, “Looking back on it, circumcision may not have been the best way to start.”

A friend passed along this joke, and asked me where a Buddhist monk would fit in. I gave him the answer, the monk would accept the bear as a bear, and not try to change him. However it got me to thinking, about how we promote our beliefs. Regardless of which path you follow, the best message we can deliver, is living our life according to the beliefs we claim to follow.

Thoughts on the Peace Corps and Thailand

Walking with the Alligators

Speaking for those with no voice~

this is... The Neighborhood

the Story within the Story

Teja's blog on Everything that Concerns US

Stories That Are All True

...and some of them actually happened.

Dishing It Out With Clarissa

Trying to live a creative life

Home of What Is It?!? - A Project in Perspective

Musician, cartoonist and UX Designer based in Plymouth, Devon.

where some moods and certain moments last a lifetime!!!

A focus on issues of living a positive life